They Say Soda, You Say Pop – I Say YUCK! 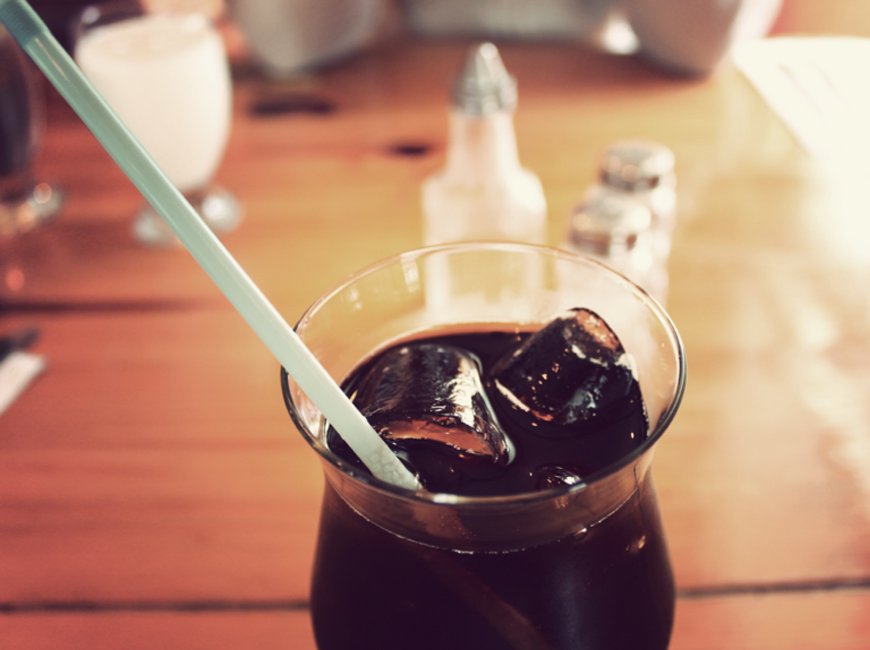 They Say Soda, You Say Pop – I Say YUCK!

It depends on the area of the country you live in – some folks call it “soda” and some call it “pop,” but it doesn’t really matter what you call it. Soda. Pop. It’s all the same thing. It’s carbonated water with fake colors and flavors – chemicals really – and it can be dangerous to your health. (For purposes of this article we’ll call it “Soda-Pop”.)

Can you have an occasional soda-pop without harming your health? Yes, of course you can. But soda is one of the most consumed beverages in the United States, second only to water. In fact, the average American consumes 57 gallons of soda-pop per year! Some clients tell me, very proudly, that they don’t drink coffee in the morning, they have a diet Coke “to get themselves going.” Then, throughout the day, they drink copious amounts (some as many as a full case – 12 cans!) of soda per day to keep themselves going. The big question is how does it affect the inside of our body?

Below I have listed some of the ways that soda-pop can cause harm to our body.

Increased blood sugars – Within just 20 minutes of drinking a regular soda-pop, blood sugar levels spike and the liver will respond by turning sugar into fat; then it will place it somewhere on your body. And that’s not all. Within 45 minutes, caffeine (if you’re drinking a caffeinated soda-pop), is fully absorbed, your blood pressure rises and the pleasure center in the brain is stimulated – just like a low-grade level of cocaine. When you hit the 60 minute mark you’ll experience a blood sugar crash which will have you reaching for another soda-pop again, or perhaps a sugary snack that will just add fat to your body. The chances of becoming diabetic are greatly increased!

Soda-pop cans are lined with BPA – Another way that soda-pop adds fat to our body is from the BPA that lines the inside of soda cans. BPA, or bisphenol-A is a chemical that is used in the production of plastics but is also used to keep cans from eroding. It is a hormone disruptor and can disrupt a cell’s normal function. Some companies are touting that they have eliminated BPA in their can linings and have replaced it with BPS, (Bisphenal S) which studies are finding are just as disruptive to cell and hormone function. Which means you have a much better chance of gaining weight – lots of it! Even if you’re drinking diet versions.

Soda is high in sugars – A can of Coke contains 17 teaspoons of sugar!!! All you’re getting is calories filled with chemicals and devoid of any nutritional value. It would take you approximately 1+ hours of brisk walking to burn that much sugar off! And weeks of detox to eliminate the chemicals from your system.

“Diet” soda-pop contains artificial sweeteners – Many people will opt for sugar-free versions to lower caloric intake but the trade-off to your health is not very sweet. Most artificial sugars are linked to many illnesses including aspartame which is a nerve toxin. Other diseases include cancer, migraines, arthritic flares, fibromyalgia, inflammatory bowel disease, heart disease, restless leg syndrome, metabolic syndrome and many autoimmune diseases.

Soda-pop depletes your mineral levels – A study done by researchers at Tufts University found that women who drank 3 servings of any type (diet or otherwise) of soda-pop had almost a 4% decrease in bone mineral density despite their intake of calcium and vitamin D.

Slows down weight loss – Besides all of the above reasons to cut back or completely cut soda-pop out of your diet, an informal study done by myself and hundreds of Weight Watchers members a few years ago was very telling. In my previous position as a Weight Watchers Leader, I asked members of 18 different Weight Watchers groups to eliminate their use of diet soda-pop. Those who were willing to do so lost an average of approximately 25% more weight than when they were drinking diet sodas.

So, an occasional soda is probably okay. Drinking soda-pop every day? Not okay for maintaining a healthy body. If you’re thinking of discontinuing your intake of soda-pop please do so slowly. A “cold turkey” approach is not the best for everyone especially if you are drinking soda-pop with caffeine. Bring your intake down slowly so that you don’t suffer with caffeine withdrawal which usually presents as a bad headache. For example: If you drink six cans per day cut back to 5 cans per day for a few days than 4 cans per day for a few days, etc.

How to Treat Fine Lines Under Eyes [8 Expert Tips]

Yesterday, I had a gorgeous new patient come in for her initial consultation with me. Before we even sat down she expressed her concern: “I need...

7 Habits to Super-Charge Your Immune System

At the pinnacle of extreme risk lies extreme opportunity. The novel Coronavirus presents an opportunity for all of us to prepare, and the bedrock...

How to Get Rid of Turkey Neck Without Surgery

If you have started noticing signs of aging on your neck, you’re not alone. Many of us pay so much attention to our face, we tend to neglect other...