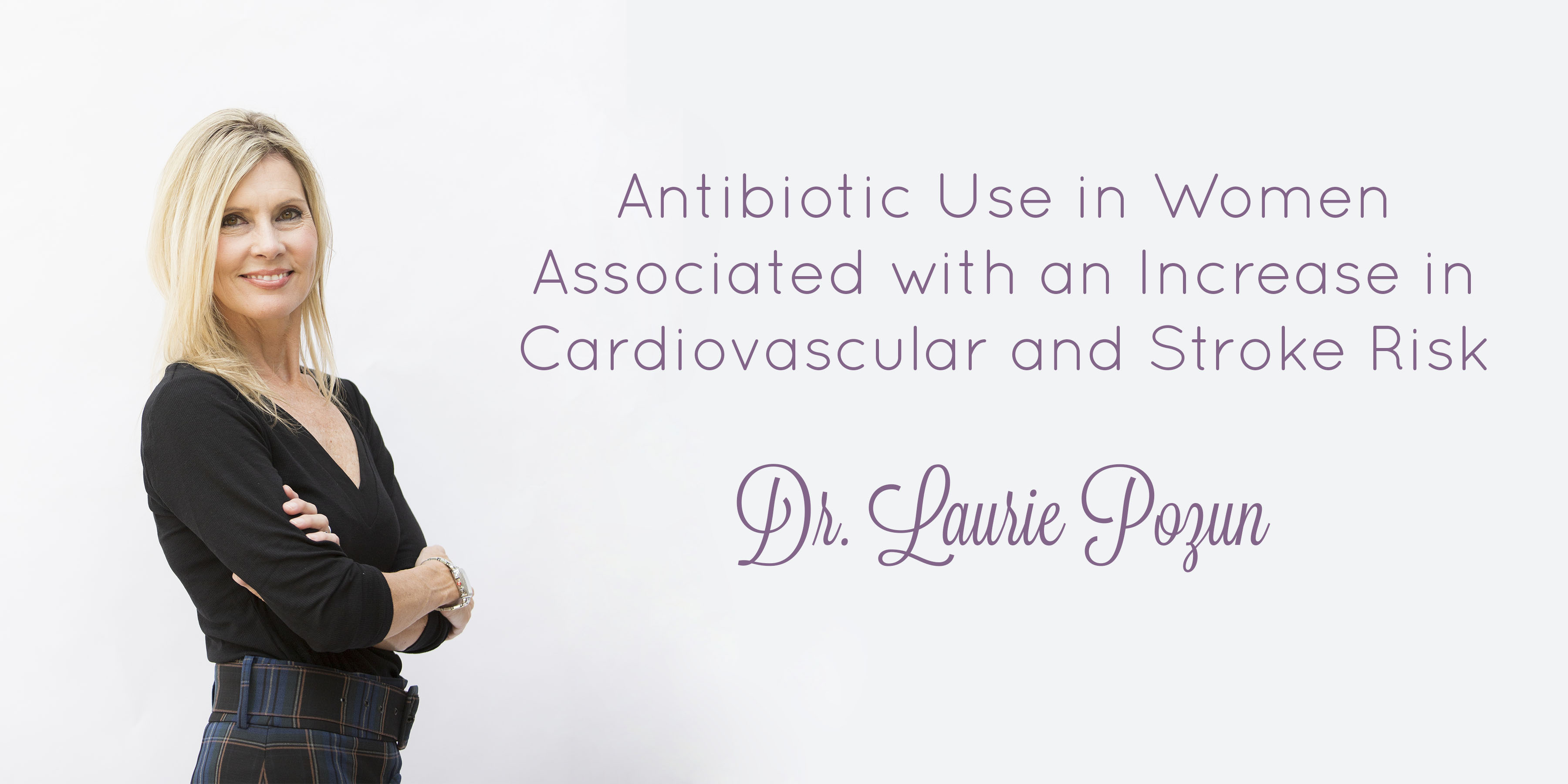 A study that included nearly 36,500 women was published in the European Heart Journal in April 2019. It found that women aged 60 or older who took antibiotics for two months or more had the greatest risk of cardiovascular disease, but long duration of antibiotic use was also associated with an increased risk if taken during middle age (40-59). The researchers could find no increased risk from antibiotic use by younger adults (20-39).

A possible reason why antibiotic use is linked to an increased risk of cardiovascular disease is because antibiotics alter the balance of the micro-environment in the gut, destroying 'good' probiotic bacteria and increasing the prevalence of viruses, bacteria or other micro-organisms that can cause disease.
The researchers studied 36,429 women over 60 years of age who took part in the Nurses' Health Study, which has been running in the U.S. since 1976. The current study looked at data from 2004 to 2012. In 2004, the women were asked about their use of antibiotics when they were young (20-39), middle-aged (40-59) and in late adulthood (60+). The researchers categorized them into four sub-groups: those who had never taken antibiotics, those who had taken them for time periods of less than 15 days, 15 days to two months, or two months or longer.
During an average follow-up period of nearly eight years, during which time the women continued to complete questionnaires every two years, 1,056 participants developed cardiovascular disease.
After adjustments to take account of factors that could affect their results, such as age, race, sex, diet, lifestyle, reasons for antibiotic use, overweight or obesity, other diseases and medication use, the researchers found that women who used antibiotics for periods of two months or longer in late adulthood were 32% more likely to develop cardiovascular disease than women who did not use antibiotics. Women who took antibiotics for longer than two months in middle age had a 28% increased risk compared to women who did not.
These findings mean that among women who take antibiotics for two months or more in late adulthood, 6 women per 1,000 would develop a cardiovascular disease, compared to 3 per 1,000 among women who had not taken antibiotics.
The study is the largest prospective study to investigate the link between antibiotic use and risk of heart disease and stroke. Other strengths of the study were the long follow-up and comprehensive information on factors that could affect the results such as lifestyle, diet, age, other diseases and medication use.
Yet another study suggesting an ever important link between a balance of 'good' vs. 'bad' gut bacteria in the development of disease. Speak with your Concierge Physician to discuss available testing to assess the health and balance of your gut.